The west branch of the Ausable, as it cuts northward making a notch between the mountains near Wilmington is charachterized by long flats, sweet runs, and dangerous rapids. I was here at nearly the peak of autumn on an early morning after storms, with great cloud formations blowing through. Highlights and shadows played tag as the clouds blocked areas in... degrees of light; I have many combinations of this scene, areas lit up as if featuring concert soloists . But I liked the subtle backlight in the closer gray areas that seem to emanate out of the spotlit center of this frame. One of these days I'll put up the color version, but black & white was more what I wanted when I first started editing, drawn to the contrast of the scene, especially as it played out in the water. Although a somewhat dark picture in color, I actually darkened it more in black & white processing, and very slightly lightened the nearer (right) forest back towards the original exposure, and applied an orange filter to slightly darken an already deep blue sky. 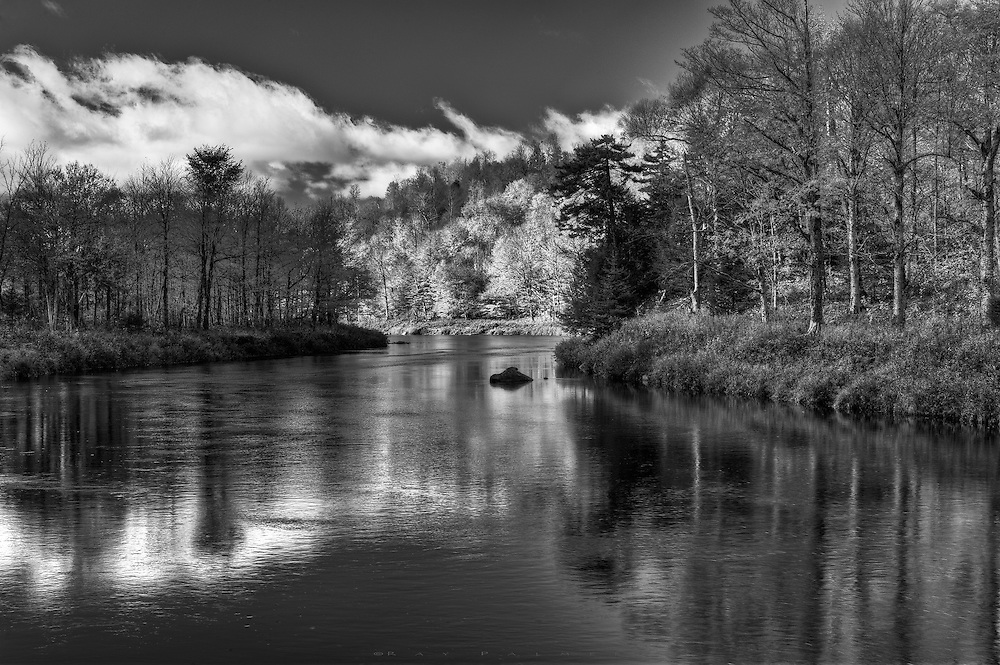